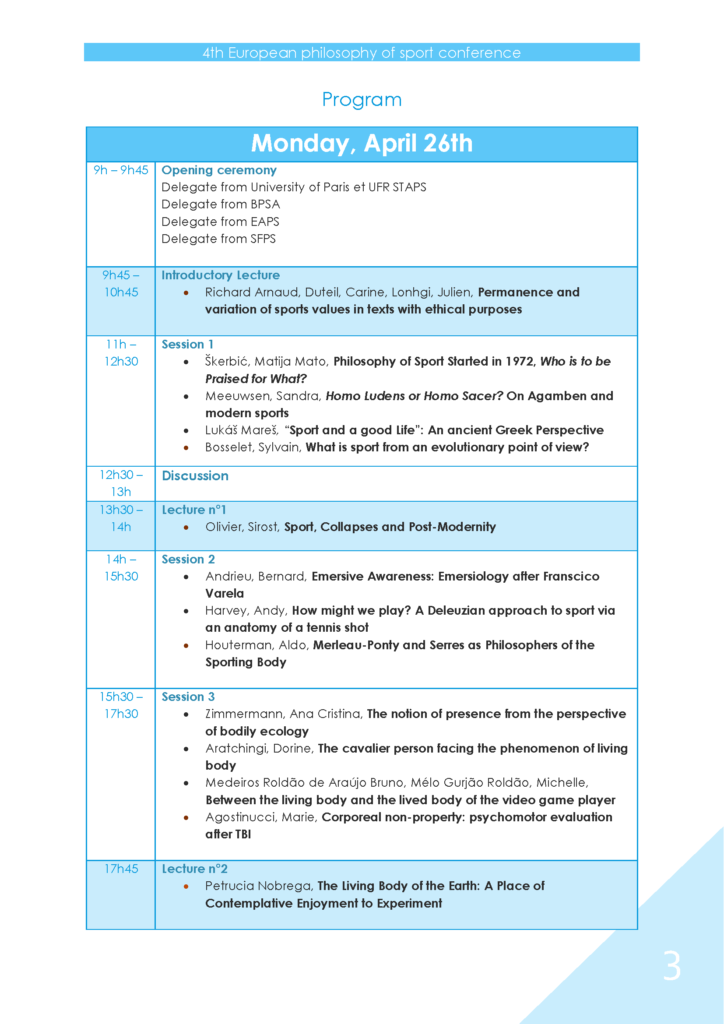 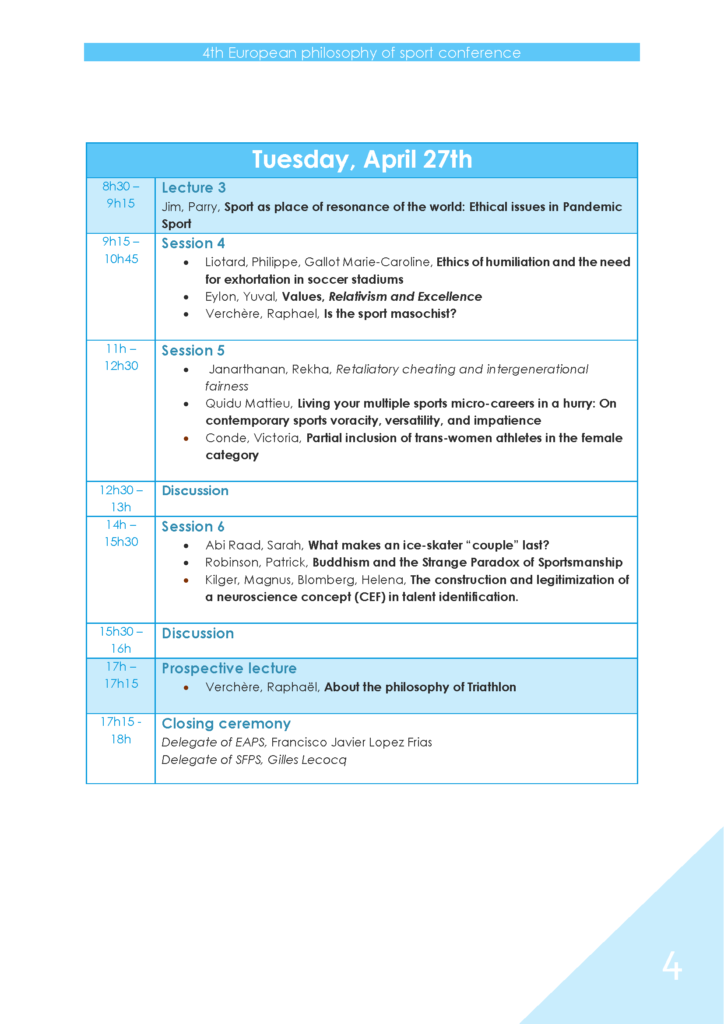 At the Borders of the Sports Phenomenon :
Times of Metamorphoses and Resonance Spaces

In the same way as the Tokyo Olympic and Paralympic Games, the Paris Congress of the European Association of Sport Philosophy, organized by the French Society of Sports Philosophy, was cancelled in 2020 and will be held in 2021, from 26 to 28 April 2021, in a new form. A new way of being-together thus summons European philosophy to Paris at the bedside of an intercultural pandemic that redraws the borders that are established between life and death, despair and optimism, normal and deviance. Between the metamorphoses of the time devoted to living together and the disharmonic resonances of places of life, the time seems right to combine international and francophone work on bodily and sports practices that are part of non-drug activities promoting the emergence of new forms of social mediation.

Developments in sport-health, slow-sport, and sustainable sport offer researchers in philosophy and the humanities and social sciences the opportunity to develop new models of body ecology, adapted physical activity, sports ethics, cultural otherness and the quest for wellness. These new models bear witness, in times of crisis, to the contradictions that peruse a society as a whole. The body then becomes a sounding board in relation to what is experienced around it, when a feeling of omnipotence encounters an impotence to act. Homo-sportivus, homo-fractalis, homo-universalis and homo-sacer become four phenomenological landmarks from which two existential realities are revealed: the vulnerability of man increased and the power of man diminished. It is at the frontier of these two realities that sensory, emotional and cognitive processes form the basis of what underlies a bodily ecology that is interested in how a culture allows an individual to inhabit his body and inhabit his places of life.

By allowing a person to explore the soil of the body he inhabits, sport becomes an intangible good of humanity that must be ensured and assumed. The Paris congress of the European Association of Sport Philosophy, organised by the French Society of Sports Philosophy, from 26 to 28 April 2021, is part of a logic of transmission in which it is a question of conceiving alternative otherness as an existential priority at this exceptional moment of health crisis, which will be followed by an authentic moment of truth: one where the unpredictable will no longer be a deficiency announcing the withering of the being, but an opening to the renewal of its existence. It is in this openness to the indefinite world that it becomes vital to appreciate ignorance and to experience the sensation of being alive in the face of the suffering of a world that is metamorphosing.